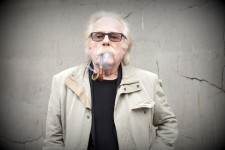 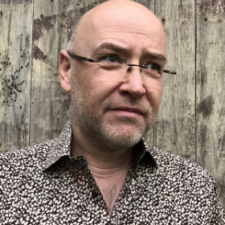 Eric Demarsan's 50-year career has been rich in collaboration with Hervé Hadmar, which began with the mini-series Les oubliées (2007), then continued with Pigalle la nuit, Signature, Les Témoins and Au-delà des murs (2016). Together, they have just finished Romance , broadcast in June on France 2.

Eric Demarsan made his breakthrough in the audiovisual field in the seventies, notably thanks to his work as an orchestrator with renowned film music composers such as Michel Magne and François de Roubaix. He composed the music for some of the greatest classics of French black cinema, notably for Jean-Pierre Melville with L'armée de l'ombre (1969) and Le cercle rouge (1970). In the 2000s, these striking scores led him to meet the filmmaker Guillaume Nicloux, of whom he became the official composer while working on Une affaire privée (2002), Cette femme-là, Le Concile de pierre and, more recently, The End ou L'affaire Gordji, histoire d'une cohabitation (2012). He has also shared the poster for 7 films by Jean-Pierre Mocky, including L'ibis rouge, and has worked with many other directors: Christian Gion with C'est dur pour tout le monde , Costa-Gavras with Section spéciale , Pierre Zucca with Roberte and Patrice Leconte with Les spécialistes . He has also distinguished himself in television on La dernière fête by Pierre Granier-Deferre and Clarissa by Jacques Deray.